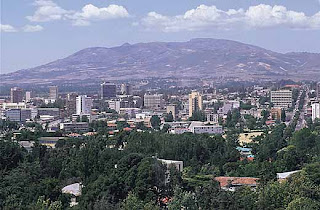 Three banks rejected Tekeste Berhan Habtu for a loan to help build his 11-storey office block. Undeterred, the 59-year-old Ethiopian businessman ploughed in cash from his own software and logistics businesses. “I went to the banks but they ration people,” says Mr Tekeste, whose $1.6m real estate venture is nearing completion after three years of work. His experience is indicative of constraints on the private sector in a country that has been one of Africa’s fastest growing economies, but whose government has chosen to eschew the neo-liberal western orthodoxies adopted by other African countries in favor of a more tightly controlled development model. “The whole concept is similar to South Korea, Taiwan,” says prime minister Hailemariam Desalegn. But while the World Bank says Africa’s second most populous country after Nigeria has averaged growth of 10.6 per cent in the seven years to 2011, double the continental average, signs are growing that Ethiopia’s public investment-led boom is running up against its limits. The IMF predicts the economy will grow at 6.5 per cent this year, far short of the government’s 11.3 per cent target. World Bank studies note that Ethiopia’s exports, savings and investments are growing much slower than the Far East countries of the 1970s it seeks to emulate. The government has tentatively unlocked some sectors to foreign investors to boost export earnings in the face of an $8bn trade deficit, but low savings, on top of state-imposed requirements to buy loss-making government bonds, reduce banks’ capacity to lend and 25 sectors – including telecoms and banking – are still closed to outside investment. Structures built of cement such as Mr Tekeste’s, festooned in wooden scaffolding, are going up across Addis Ababa, capital of a country criss-crossed with smooth new roads, the latter a sign of recent large-scale public investment. However, the many half-built edifices in the city also testify to how tough it can be to get private investments off the ground. A five-year public works programme – that will spend equivalent to 15 per cent of the country’s $33bn annual GDP this year – is underway. The government is seeking to build roads, railways and dams as part of a transformation plan started by Meles Zenawi, former prime minister, in 2010. But heavy government spending on imports and infrastructure sucks up liquidity, making it difficult for the weak private sector to raise loans. Foreign exchange reserves have fallen to less than two months’ worth of imports, and importers complain they have to wait four months for banks to release hard currency to them, while investors fear delays in repatriating profits. State restrictions on private credit exacerbate the situation. Each time a bank lends money to the private sector, it is required to lend an additional 27 per cent of the value of that loan to the government for its own development plans, draining banks of their capital. “It puts a large burden on private banks in Ethiopia and it prevents [them] increasing banking services,” says Jan Mikkelsen, IMF country head, of the 27 per cent requirement. “[Banks] are losing money on this transaction . . . so it’s quite onerous,” he says of the yields on government bonds, which are outpaced by inflation. Foreign investors are peering in, hoping that the government will have a change of heart and loosen up. Walmart is trying to negotiate entry into the retail sector; regional and pan-African banks are ready to enter the country’s closed banking sector; and, for telephone operators, Ethiopia represents one of the last great opportunities – both investors (and the government) say licencing could net $3bn. Meanwhile, savvy private equity groups are taking advantage of the gaps in financing. “The fact that the banking system is often unable to provide sufficient capital . . . is a meaningful opportunity for us – we end up becoming in some cases the only alternative,” says Gabriel Schulze, a US investor who has raised more than $50m for his Ethiopia fund, the first in the country. The return of a well-educated diaspora – with greater access to protected sectors including retail – is also supporting growth. Ababu Minda, president of Ethiopia’s diaspora association, says tens of thousands have come back, lured by a 2002 incentives package including tax waivers. Rakeb Abebe, a 30-year-old Wall Street banker, came back two years ago. Now she runs a coffee trading house, exports sesame and maize, imports chemical fertilizers, employs eight people and is determined to grow. “I want to go into roasting and employ another 20 people,” she says over a macchiato. “I saw the kind of potential I haven’t seen in the US.” Source:The Financial Times
Posted by The team at Sunday, June 09, 2013 3 comments: 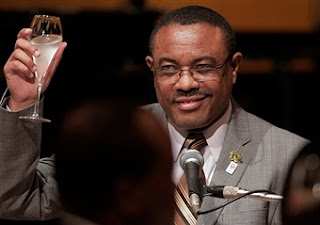 Ethiopia’s government is famously protective of its economy, especially telecoms, banking and retail. So when the late prime minister, Marxist-influenced Meles Zenawi, met senior Walmart executives face to face last year, it might have seemed an incongruous pairing. But rising food inflation, combined with traders hoarding goods to avoid government-imposed price caps, made the prospect of big stores arriving to deliver cut-price goods appealing. Negotiations are continuing with the American giant under Meles’s successor Hailemariam Desalegn (pictured). But progress is slow. “The price has to go down for the sake of the consumers,” Hailemariam told the FT of the likely benefits of the entry of Walmart, which has found a foothold on the continent, via taking a majority stake of South Africa’s Massmart. Ethiopia’s under-developed market and population of 85m – the second highest in the continent – is part of the appeal to consumer-oriented companies such as Walmart keen to crack an untapped market. But high inflation risks undermining the government’s growth strategy. Officials are proud of an economy that has grown in double-digits in the seven years to 2011. Low wages and subsidized power prices are critical to Ethiopia’s bid to secure foreign investment into priority areas it has opened to foreign investment – such as light manufacturing for export. But although Prime Minister Hailemariam says negotiations are still on, he has not met Walmart’s representatives face to face and is leaving talks to his ministry of trade in the hope of arriving at a “win-win” solution. The biggest foot in the door Walmart may gain is a management contract for a state-run cash-and-carry company, on a similar basis to a management contract granted for telecoms, rather than outright ownership. “Always we are very cautious…if huge companies like Walmart come in, those who are in the trading sector will be in trouble. That is witnessed in many African countries. [After big foreign investors arrive] you don’t find local people engaged in this kind of [retail] business, because…they cannot compete in the process.” Hailemariam is also mindful that defending a weak “infant” private sector is not only an economic necessity but a political one too in a country where ethnic and regional interest groups are carefully balanced and directed. “A huge influx of foreign direct investment… becomes very dangerous and it becomes political in the country…because our domestic investors and private sector will be dissatisfied with the process, and then it becomes a tension, source of tension.” Walmart may wait a while yet. Source:The Financial Times
Posted by The team at Friday, June 07, 2013 1 comment:

Huajian, one of the largest shoe exporters in China, is planning a multimillion-dollar factory expansion in Ethiopia in a sign that Chinese manufacturers are starting to move to Africa to benefit from preferential trade tariffs and lower labour costs. The company, which makes ladies shoes for Tommy Hilfiger, Guess, Naturalizer, Clarkes and other western brands, and which employs 25,000 workers in mainland China, opened its first factory at a purpose-built industrial zone on the outskirts of Addis Ababa a year ago. Helen Hai, a 36-year-old British-trained actuary who runs the factory and is group vice-president in charge of overseas investment, is sufficiently impressed with the outcome that she is starting a new line of injection-moulded shoes. This will add several hundred more workers to the 1,750 Huajian already employs in Ethiopia, where the economy is among the fastest growing on the continent, the leather industry is well established, but unemployment is rife. Huajian has also signed an agreement with the China Africa Development Fund, a private equity fund owned by China Development Bank, to invest jointly $2bn over 10 years in developing manufacturing clusters focused on shoemaking in Ethiopia, Ms Hai told the Financial Times. This has potential, she said, to create 100,000 jobs. “We want to use this as a platform to attract other players in the shoe industry to come here. Because, to be honest, if in five years’ time there’s only one shoe company, I think actually Huajian should leave Ethiopia,” she said, emphasizing that to keep costs low in the long term the country needed to encourage subsidiary industries by building economies of scale. Huajian’s ambitions in Ethiopia are striking for their uninhibited confidence in the country’s long-term manufacturing prospects and for going against the grain of what African officials have come to see as China’s primary purpose on the continent: to extract raw materials and source new markets for its own manufactured exports. Writing in the FT earlier this year, Lamido Sanusi, the Nigerian Central Bank Governor, warned that China is now a competitor as much as a partner, and capable of the same exploitative practises colonial powers once employed. That makes Ms Hai, who was educated on a Beijing scholarship in the UK and worked for Zurich the insurers before seizing the opportunity to manage the Huajian group’s first venture overseas, something of a pioneer. Huajian was initially drawn to Ethiopia in 2011 when the late prime minister Meles Zenawi was in search of a company. Ms Hai said the business case was obvious, and comparable to that which drove shoe manufacturers first from Europe to Japan and Taiwan and then, when labor

costs there rose, to China. She said while management and logistics costs were initially high, because she had to bring in some Chinese expertise and also components, this was countered by lower labor costs and preferential tariffs for African exports to the US and EU. Source: The Financial Times
Posted by The team at Tuesday, June 04, 2013 1 comment:


View addisallaround.com in a larger map
Posted by The team at Sunday, May 26, 2013 No comments:

Listros - a dream in a box

MUST VISIT PLACES IN ETHIOPIA 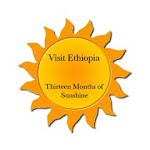 Addis all around.com has endeavored to compile the best resources available to bring you essential information about Ethiopia's great natural and cultural treasures. Designated by UNESCO as World Heritage Sites, the places listed alphabetically below are definitely worth a visit and hopefully the information we've posted will help you to plan your trip. Remember to scroll to the bottom of each site description to find a link to a map and/or an informative video. Happy traveling!